‘Before the Internet’ is Vanishing as ‘Now’ Takes Over

Soon enough, nobody will remember life ‘Before the Internet‘. What does this unavoidable fact mean?

For those billions who come next, it may not mean anything very obvious. Our online technologies, taken as a whole, will have become a kind of foundational myth — a story people are barely conscious of, something natural and, therefore, unnoticed. But, something tremendous will be missing from their lives — a mindset that their ancestors took for granted. It will be the end of absence, in other words, the loss of lack. The daydreaming silences in our lives will have been filled, the burning solitudes extinguished. As our phones banish the wide-open possibilities of boredom, they deliver a strict content that lets us moor ourselves in an ocean of distraction that would otherwise drown us.

Back in 1440, history yielded another such far-reaching breakthrough — the printing press with movable type, invented by Johnannes Gutenberg. However, the ‘Gutenberg Moment‘ was not a shift that anyone could have witnessed, but a slow-blooming era that took centuries before it was fully unpacked. Literacy in England was not common until the 19th century, so most folks had little direct contact with the printed book. And the printing machine itself was not fundamentally improved upon for the first 350 years of its existence.

Fast-forward to the 20th century, and anyone born after 1985 will not have lived as an adult in a pre-Internet landscape. Those born earlier are straddling two worlds, the before and the now. No two generations in history have experienced such a highlighted cognitive dissonance, because never has change occurred at so rapid a pace. The rate of technology absorption is stunning: Just one generation after the first cell phone call took place (in 1973), there are now 6.8 billion cell phone subscriptions — nearly a 1:1 ratio with human beings.

What we are witnessing is a kind of instant complicity, a massive and swift behavior shift. And so it may come to pass that a person disconnected from (or disinterested in) this flood of new technologies could, in a few years, be made entirely alien to a younger generation. Step out of a running stream and you cannot re-enter the same water.

The End of Absence: Reclaiming What We’ve Lost in a World of Constant Connection
Michael Harris 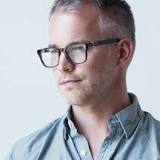 Michael Harris is a Canadian writer and editor.

Harris is a former staff editor for Vancouver Magazine . His writing has also appeared in Wired, Salon, Huffington Post, and The Globe and Mail.