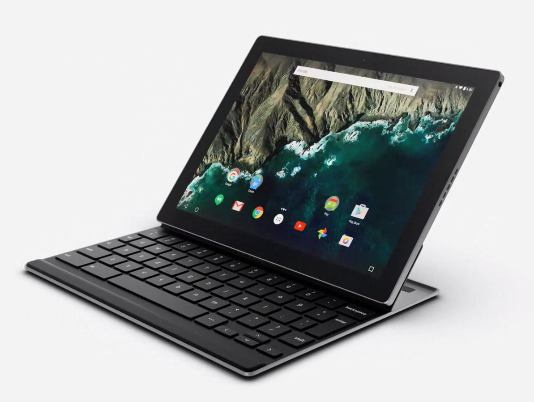 With Android N Will Google’s Pixel C Finally Live Up To It’s Potential?

It looks like this was Google’s plan all along — launch a premium hybrid Android tablet, the Pixel C, with the ability to run programs concurrently in multiple windows.

When Google unveiled the Pixel C last September, it was obviously a premium device, from its brushed aluminum case to its high resolution 308PPI display, fast Nvidia X1 processor, and upscale audio system.

However, on the software side of the equation, the Pixel C left many folks scratching their heads, wondering why it was an Android tablet rather than a spiffy Chromebook. And, given the Pixel C was launched running Android 6.0 Marshmallow, the device was inherently limited to single program operation. No split screen multi-program ability seemed like a terrible limitation. Some panned the Pixel C, saying it was a glorified smartphone and was really not a viable competitor to the Apple iPad or Microsoft Surface.

Now, with the advent of Android N (what may be Android 7), Google’s vision for the Pixel C is becoming clearer. Android N’s native split-screen, drag-and-drop feature, gives the Pixel C the ability to directly compete with the iPad and Surface. In addition, Android N includes new power & memory saving abilities, and a direct reply notification feature.

For a limited time, Google is offering anyone who says they are an Android Developer, a chance to get a Pixel C tablet with a 25% discount, which amounts to about $150 knocked off the regular price. This incentive makes purchasing a Pixel C much more enticing. The discount is for the tablet only, but can be applied to purchasing either the 32GB or 64GB model. Use the Developer Discount Code that’s emailed to you, and make your Pixel C purchase from the Google Store.

Google is hoping folks will discover the Pixel C’s full capabilities by participating in Android N’s Developer Preview over the coming months.

thinking, reading, and writing about whatever's going on in the world...
View all posts by Gary Reiner »
« Whiskey Tango Foxtrot – Compelling Cinematic Trip Through the Inequities of War
‘Before the Internet’ is Vanishing as ‘Now’ Takes Over »

Cards look to repeat this year.