Is Google Planning to Take on Apple’s Tablet Market?

Rumors run a mock in the IT world – we are used to the treadmill of leaks and hunches . Everyone wants to get the scoop. One day a company is rumored to be working on something, then the next day the whole story gets turned upside down. Still we eagerly look forward to tantalizing rumors.
. 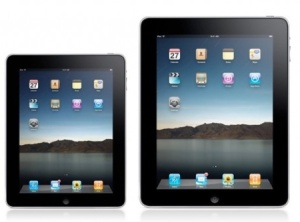 In the heated up tablet battle this fall the biggest rumor by far is the much anticipated release of Apple’s 7″ iPad Mini tablet.  Sources cite today, October 10, as the day Apple will announce the iPad Mini, with the actual unveiling set for October 17.  The long-rumored iPad Mini is expected to sport a shrunk-down version of the third-generation or earlier iPads.

What price range will Apple go with for this scaled-down iPad? According to a few rumors, if Apple gave the iPad Mini a reasonable price tag between $249-$299,  probably for a base model 16GB and Wi-Fi model, it would surely be a hit.  And, this would pit it in direct competition with 7″ tablets such as Google’s Nexus 7, Amazon’s new Kindle Fire HD, and the recently introduced Barnes & Noble Nook HD.
. 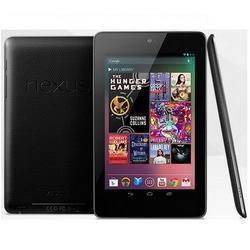 There are a bevy of juicy rumors flying around concerning tablets in the works from Google.  First, there is the Nexus 7″ with a beefed up 32GB of storage that will replace the EOL (end-of-life) 16GB model. These 32GB devices are rumored to be available by the end of the month.  Then there is this incredible rumor:  Google reportedly set to blow open the tablet market later this year with $99 Nexus tablet, as reported by BGR.  A solid $99 device could cause a tremendous shakeup in the tablet world. 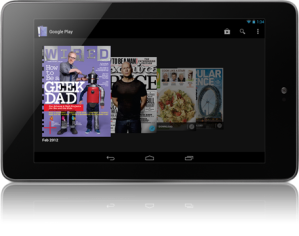 Next, there is the story that Google is actively developing of a 10″ Nexus tablet, rumored to be co-branded with Samsung.  The 10″ Nexus will be a high-end device with 2,560×1,600 display that will have a PPI (pixels per inch) of about 299. That tops the 264 PPI on the 9.7-inch 2,048×1,536 Retina iPad.  Though pricing has not yet been released it is widely thought that Google will keep their 10″ Nexus competitive with the high-end tablet market price range.

Then, there is the interesting question of whether Google is set to release its own branded touchscreen, Android-powered, gPad – which would be Google’s version of the iPad.  Google has also toyed with a tablet running its browser-centric Chrome OS but this would mainly be a Web-pad compared to the more fully featured gPad running Android and capable of being optioned up with third-party apps from the Android Market, as well as doubling as an ebook reader.
..

The rumors cited above are just that –  inconclusive accounts of the latest industry buzz concerning primarily Apple and Google.  In the coming weeks, we”ll see just how accurate the buzz proves to be.  Regardless, this fall should prove to be an exciting time in the tablet world with so many possible products coming our way.

thinking, reading, and writing about whatever's going on in the world...
View all posts by Gary Reiner »
« Bonn Lair Pub Oktoberfest Festivities
45th Annual Oktoberfest at the Sacramento Turn Verein »