.
Chromebooks – There’s Something for Everyone

For the average user’s computing needs, Chromebooks are a  great solution: they’re inexpensive, are simple to use with the Chrome browser interface, have built-in system security, and provide automatic operating system updates. However, there are a number of advanced options available to broaden the horizons of Chromebook functionality.

For help along the way, there’s a great support site, Chromebook Guide, that’s packed with a wealth of information about Chromebooks and Chrome OS.
.

Linux on a Chromebook 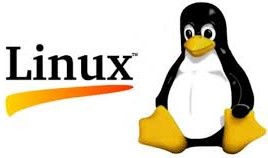 You can use Linux with a Chromebook three different ways: run Linux on top of Chrome OS, dual boot Linux and Chrome OS, or blow away Chrome OS and install Linux only. Getting Linux setup requires some research, time, and effort.

Steps to run Linux on top of Chrome OS

Use Crouton, one of the primary scripts that developer mode with crosh (the Chrome OS Developer Shell) allow you to run Ubuntu, Debian, and Kali Linux systems in parallel to a Chrome OS system. This script allows the installation of multiple distributions of Linux to be installed right alongside Chrome OS on a Chromebook.

Chrome Unboxed has a complete guide for installing Ubuntu Linux: We have a whole walk-through tutorial if you are interested in doing this.

Windows Apps on a Chromebook

CrossOver on Chrome OS, now in beta, allows you to run Windows software on Intel-based Chromebooks. Crossover has been available to the public since November 2017.

With Crossover, you can seamlessly run full- featured Windows programs such as Quicken and Microsoft Office, or DirectX games like Wizard101. You can get rid of remote sessions and the need for multiple devices. With CrossOver Chrome OS Beta you need only one device to run Windows programs and Android mobile apps. For a limited time, the beta includes free support.

Developing Android Apps on a Chromebook

You can directly use Android Studio on a Chromebook, and see the app natively popping up on the same device, without the need of any kind of emulator or external device. This is quite handy. Here’s the steps to get going: Developing Android Apps Right On Your Chromebook.

thinking, reading, and writing about whatever's going on in the world...
View all posts by Gary Reiner »
« Kyoto – The Beauty of Simplicity – Tangerine Dream
EnTrance – Captiviating World Beat Music »