Google Chromebooks are in the news everyday as more and more companies including Acer, Samsung, HP, Toshiba, Dell, Levano, and Asus are bringing out new models. Many of the new generation Chromebooks are powered with Intel Processors.

Two recent articles from ZDNet which present plenty of food for thought when mulling over the Chromebook phenomenon.

This morning an article came across the internet asking the question: Where’s Apple’s ‘Chromebook’? The need for a cheap Apple product

The article, written by Ken Hess, began with the following:

“Summary: I think the Chromebook is going to give Apple a bit more competition than first assumed. Consumers, schools, and businesses are buying Chromebooks instead of more expensive devices. This could put new pressure on Apple to create a cheap device.”

I think Hess has put forth a question that is shocking —  shocking because Apple has been silent, at least publicly, thus far about the Chromebook phenomenon. 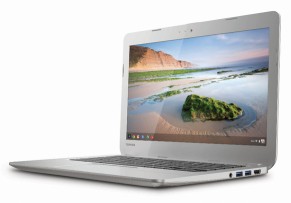 Along the same line as Apple’s response to the Chromebooks question, ZDNet published an article recently called The big advantage of the Chromebook over Windows,Macs.

The article, written by James Kendrick, begins with the following:

“Summary: When you talk Chromebook, you usually hear it doesn’t have a real OS compared to Macs or Windows PCs. That’s true, and for many that’s the big advantage of Chrome OS.”

Truly, the Google Chromebook is an example of “how a little can go a long way.”

thinking, reading, and writing about whatever's going on in the world...
View all posts by Gary Reiner »
« Google+ Real Name Policy Is No More
Will Cheap Microsoft Notebooks Kill the Chromebooks? »

Cards look forward to the 2020 season.