Tablets are the rage these days.  Apple’s iPad, which has proven to be a huge hit with trendy-types, techies, as well as kids, has about 60% market share, according to one recent market study, followed by Google’s recent release of its Nexus 7, then Amazon’s Fire, and finally a number of other companies sharing the crumbs of what’s left over.  But, coming soon, like later this summer and into the fall season, the whole tablet world looks like it might just explode, giving us a slew of new options to pick from.

Here’s just a few of the products which will vigorously compete with each other for our attention and purchases as we move from hot summer days, to going back to school, to preparing for the joys of holiday shopping: 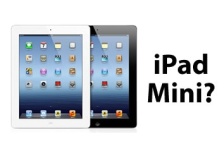 For sure there is a storm brewing, but for now, it’s time to just sit back and see what these fiercely competitive companies come up with for us – it will be their latest and greatest products to date, and we’ll have to buy the stuff (beware, of course, that this whole round of
product releases and upgrades will be deja vu all over again next year…).

thinking, reading, and writing about whatever's going on in the world...
View all posts by Gary Reiner »
« Doughnuts Delight
The Squeeze Inn — “Best Burger in Town” »